Whenever any philosophy or community faced persecution anywhere in the world, they only had to reach the shores of India to be accepted as worthy guests by the ruling kings and princes and bestowed with Diwali Gifts, cattle, land and wealth because taking good care of all human beings and all guests is one of the central tenets of Hinduism. Traditions are eclectic and people who practice Hinduism have, over the millennia, welcomed people of different thought streams from across the world to come and settle in India and become a part of the Indian soil, its varied cultures and traditions. Therefore, the current population of India is perhaps the most ethnically and linguistically diverse in the globe because almost all the people who came to India to seek refuge in her bounteous wealth and her fertile land, stayed on and inter-married with the local population and became part of the soil of the nation. 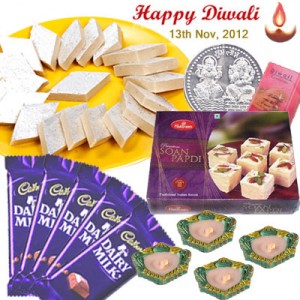 Also, Hinduism celebrates the acquisition of wealth and material prosperity through fair and legal means without harming one’s fellow inhabitants of the planet. Poverty is not considered a virtue and people are encouraged to better their prospects in life by dint of their hard work and intelligence. In such a practical culture which is not divorced from the day-to-day realities of life, it is natural that a festival be dedicated to the propitiation of the Goddess of Wealth Lakshmi. This festival – Diwali – is the most popular festival in the Hindu calendar and Bhai Dooj marks the start of Diwali festivities. 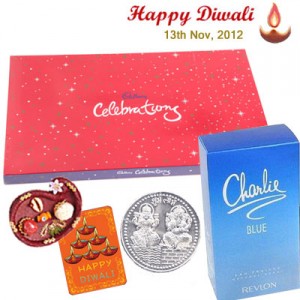 It is said that Goddess Parvati had gambled with Lord Shiva – who is one of the three Gods in the Hindu Holy Trinity – and Parvati blesses anyone who gambles and plays cards on the occasion of Diwali. The professional, business and trading classes of India make it a point to gamble on these occasions and consider it auspicious to do so. People are invited to one another’s houses in the evening for a game of cards accompanied with music, food, refreshments and revelry.

Material prosperity is not the only thing that is prayed for and celebrated on Diwali but overall well- being of our families – material prosperity, good health and physical well-being as well as wisdom and spiritual attainment and enlightenment, in other words spiritual wealth is also sought. On the day of Diwali, people go out with their families and shop for gold, silver, jewelry and precious or semi-precious metallic objects. It is considered auspicious to purchase metallic objects on Diwali. 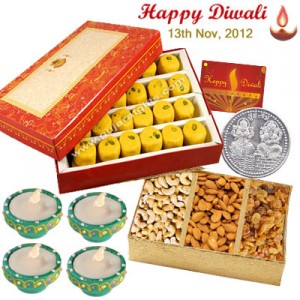 Just like the Chinese, Indians are also a very successful, large, politically influential and economically powerful expatriate community. Indians have a large and important presence in many English speaking countries of the world like the U.S.A., the U.K.and Australia etc. The former Indian minister of state for external affairs, former top U.N. diplomat and current member of the Union Council of Ministers Shashi Tharoor famously calls the NRI community the “National Reserve of India.” India’s expatriate community repatriates a huge amount of valuable foreign exchange to India every year and thereby contributes to India’s bulging foreign exchange reserves and adds to the strength of the Indian economy. 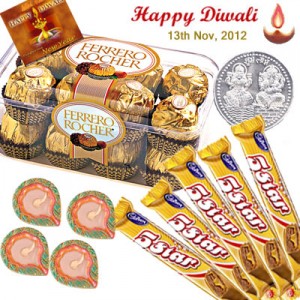 Since Indians settled abroad add so significantly to the economy, education and culture of those countries and are a well assimilated community which respects and honours the festivals celebrated in foreign countries like Christmas, Thanksgiving, Easter to name a few, the native community in those countries return the favor by enthusiastically participating in the festivals and fairs connected to Indian festivals like Diwali. Diwali Melas with their joy rides for children, delicious Indian food items and stalls selling a wide variety of Diwali Gifts are a pleasure for anyone who attends them.Diwali Mithai is one of the most important components of Diwali.

This year, you can sending Diwali Gifts to India to your friends and family by simply logging in to online gifting portals like Gujarat Gifts. There is no better place to Send Diwali Sweets to Indiafor Diwali Gifts 2012 than Gujarat Gifts. You can also find Diwali Gift Hamperswhich make for a great gifting option. Pay conveniently online through a credit card, net banking or mobile payment facility. 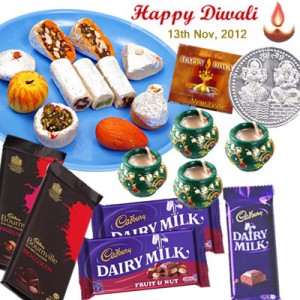 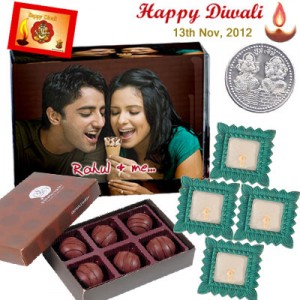 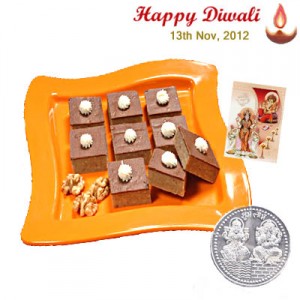 What is synonymous with Diwali in people’s mind? Undoubtedly, lights, firecrackers and sweets!

Since Diwali is a Festival of Lights, people – especially youngsters – feel a lot of excitement and joy in letting off bright fireworks of various shapes, sizes and colors. Fireworks are a way of showing the Gods in Heaven that the people on Earth are very happy with the blessings that the Almighty has bestowed upon them in life. Seeing their obvious happiness, the Gods feel happy as well and they would keep bestowing their favors and showering prosperity on the people so that their happy lives may continue without any hindrance. A practical benefit of the fireworks is the smoke that they emanate which is beneficial for killing pests, insects and mosquitoes which are usually found aplenty in this season in India. 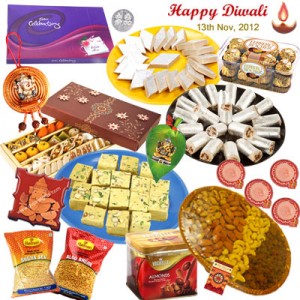 Anyone who sees a large Indian city from a high rise apartment or a high storey in a five star hotel on the night of Diwali Gifts, will get a beautiful view of the night sky lit up with multiple roman candles or ‘rockets’, sparklers, ‘flower pots’ and ‘charkhis.’ 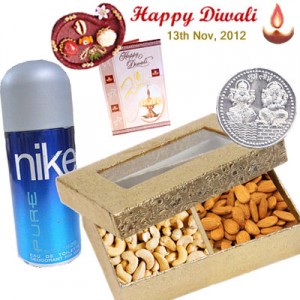 It is of course very important to exercise the highest standards of safety and precaution when playing with firecrackers and one should not play with fireworks except under strict adult supervision. One should not wear very loose items of clothing or even extremely tight or synthetic/ nylon or silk clothes when playing with firecrackers. Well-fitting cotton clothes which fully cover the body and thus afford maximum protection should be chosen whether one is himself bursting firecrackers or not since the outdoors are full of bursting firecrackers anyway. 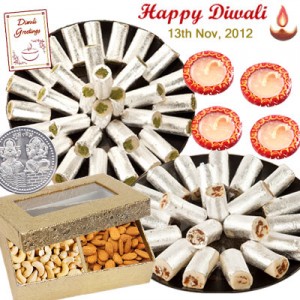 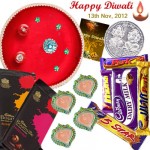 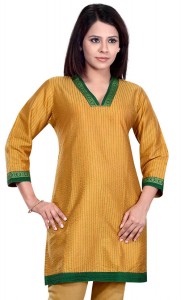 Shopping and gift-giving is one of the most important aspects of the festival of Diwali. As a result of this, sellers of various gift items like decorative diyas, brassware, fancy candles, gems, jewelry and gold do roaring business in India for a month till the festival of Diwali Gifts. This consumption driven boost to the economy is always an effective antidote to any signs of sluggishness that the economy might be experiencing. It is a culture driven boost to the economy which is more effective than any Keynesian intervention that the policy makers can device!

India is truly a secular country with a culture that respects all religions – ‘sarvadharma sambhava’. True to the syncretic culture of India, even Sikhs, Christians and Muslims light lamps on the occasion of Diwali when the entire nation is full of lights. 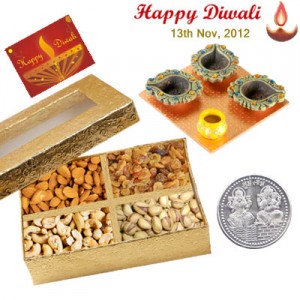 It is said that the amavasya night of Diwali is one of the darkest nights in the year when the world could no longer accept the pain of the wrongful banishment of Lord Rama to the forest. On this darkest of nights, after 15 long years when Rama keeps his word to his elders like He always does, He finally returns to his rightful abode after vanquishing the evil Ravana who in a symbolic manner was spreading darkness across the world. Send Diwali Gifts Online India helps you express your joy on this wonderful festival that spreads light all over the country. Order Diwali Gifts Online and connect with your loved ones easily.

This year, Send Diwali Sweets to Indiaalong with Diwali Gifts to India by logging in to one of the leading online gifting portals- Gujarat Gifts that has a fabulous collection of Diwali Gift Hampers.